Found this video on my computer, that I made during my bachelor studies, where I demonstrate some functions of one effect box I used to have. I thought this might finally be the time to share my tiny experiment with the world!

So, ladies and gents, I present to you my first vocal effect unit – Boss VE-20 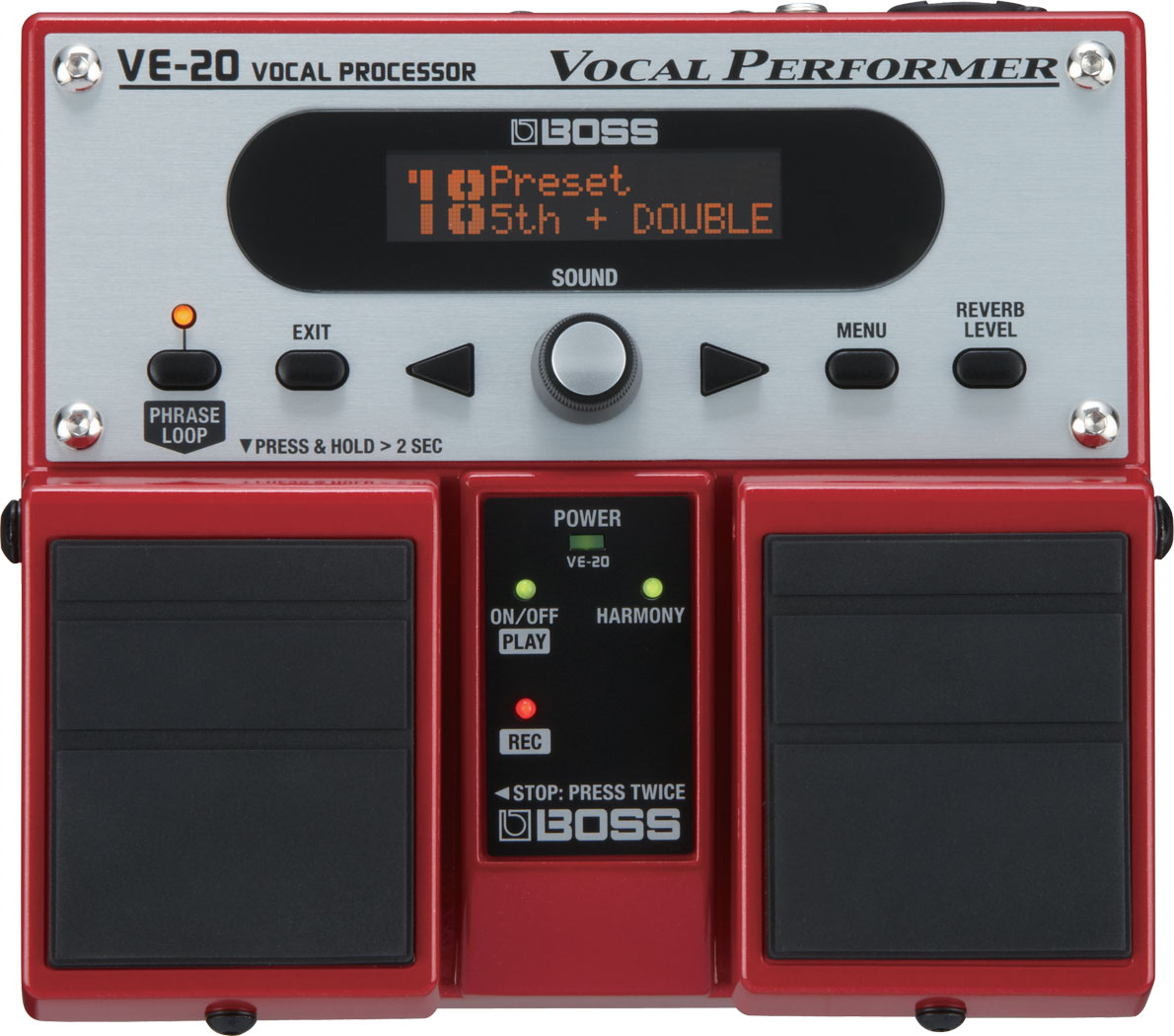 Released in 2009, Boss VE-20 is one of the first of this kind of effect units, created specifically for vocalists. The company is well known for producing a large range of pedals for guitarists, though they recently uncovered an entire population of musicians that experienced a lack of effect units. So they decided to put some effort and all experience they had to create something for singers as well. As for me, I completely support this because a lot of vocalists craved for something like this.

I am not an expert in using the different effects myself. My first experiment was accidental. We had a tune called “Ticking Clocks” where I decided it would be pretty neat to use some delay that would match the tempo of the tune, so I asked the guys at the studio to give me something. I received some weird looking machine with a lot of buttons. I used only two – tap tempo and on/off. But that was the point I realized that I wanted to know more.

I love effect units because the moment you get one on stage, you are in charge of how your voice is processed and you can get creative. My search for effect units didn’t take long. I just google searched, and basically VE-20 was the first one I found and bought. I wasn’t disappointed.

This unit is perfect for a beginner. It is very simple to use and, my gosh, almost without reading the manual I understood everything on the spot. Here’s what I can say about it:

Battery operated – sometimes when the stage is small and the budget of the event is tiny (I believe we have all been there), you might not have the opportunity to plug it in. That’s when batteries come in handy. Although the unit will work for a short while if you use cheap batteries.

It has 30 out-of-the-box effects which you can change, but can’t save your changes. You can navigate through them by pressing the pedals or by turning the knob. I personally preferred the knob and not putting the unit on the floor, because I used the ready effects only first couple of times and soon started experimenting. For example, I liked changing the amount of delay in different parts of the tune, and this unit doesn’t have a separate button to control it, you have to go deeper into the settings.

It also has another set of effects identical to previous 30, but here you can change whatever you wish and save changes, including reordering. I chose my top 5 favorites and placed them in the order I needed.

The harmony function is a bit tricky though. One function which is easier (but not that cool for me), is setting the key of the tune and letting the effect decide the harmony for you. That doesn’t always work quite right, because in the music style I prefer we have “complicated” chords and a lot of altered stuff, but the effect allows you to use only the major or parallel minor related intervals. You can also choose the interval you want with the knob, but to do that is not very convenient. I also found that the range of intervals wasn’t that wide. I mostly used it while singing pop tunes, or to create some uncomplicated harmony. You can see that in a video I made.

Another effect is, of course, looping. Since this effect unit is not a designated looper in the first place, the function is pretty limited. You can record up to 38 seconds, but the moment you record something on top of it, you can’t undo, so you have to be careful. It has only one looping track, so everything you record goes on top of the previously recorded sound, and stays there until you stop it. That doesn’t give you a lot of creativity options, and you have to be super precise while overdubbing (but that comes without saying, I think).

One awesome function that I found convenient was looping the voice and testing effects while it plays. That way you can concentrate on what you hear and not get distracted by singing or saying something while you are testing. But on the other hand, I could live without it.

The only thing I found missing was – tap delay. Basically, it means that the rate of the delay is uncontrollable and you can’t set the tempo for it. Using delay I find this crucial, because it needs to match the beat of the song.

All in all I enjoyed this effect unit a lot. It made many of my function gigs more fun and, most importantly, it gave me the understanding that I know best how I wanted my voice to sound. That’s very precious.  A little piece of advice from me – we vocalists are sometimes lazy and rely on the sound engineer with everything, which can be good, especially if we know the guy, or if we know that he knows his job. But at the end of the day it is because we don’t know any other way. You know your voice better than anyone else does. You know which microphone suites your voice best (and in a perfect world you have a couple of your own mics for different occasions), you know what type of delay or reverb makes you sound awesome, you know where you want to be more creative, therefore you have to be in charge. The moment you decide to become a professional musician, you have to know the specifics, and it is your responsibility to make the sound perfect.

And by the way, here’s a link to “Ticking Clocks” performed in a concert using this very effect unit!