The last week of August was very special to me, mainly because I got to experience something new! I was invited to teach a 5 day long workshop session in a music school in Liepāja, and that week turned out to be very educational not only for the students, but to myself as well. Apart from the obvious thing I’ve learned from my colleagues (like more ways to train timing, broadening improvisational vocabulary and etc.), the most important lesson was about the methods a teacher can use to involve a student in the process, to motivate him study more, and that is the strongest trait Liepāja music school has. For the first time in my entire life I’ve seen students coming to school during holidays, weekends, a couple of hours before any activities start, in the breaks between lessons they practice, after lessons they practice. Every classroom is occupied, every bench in the yard has a couple of students discussing jazz harmony, every couch in the lounge room has them doing nonexisting homeworks (since it was still August and the classes were yet to start), life brewed in the school and it was so amazing and inspiring that I really wanted to stay. Really. 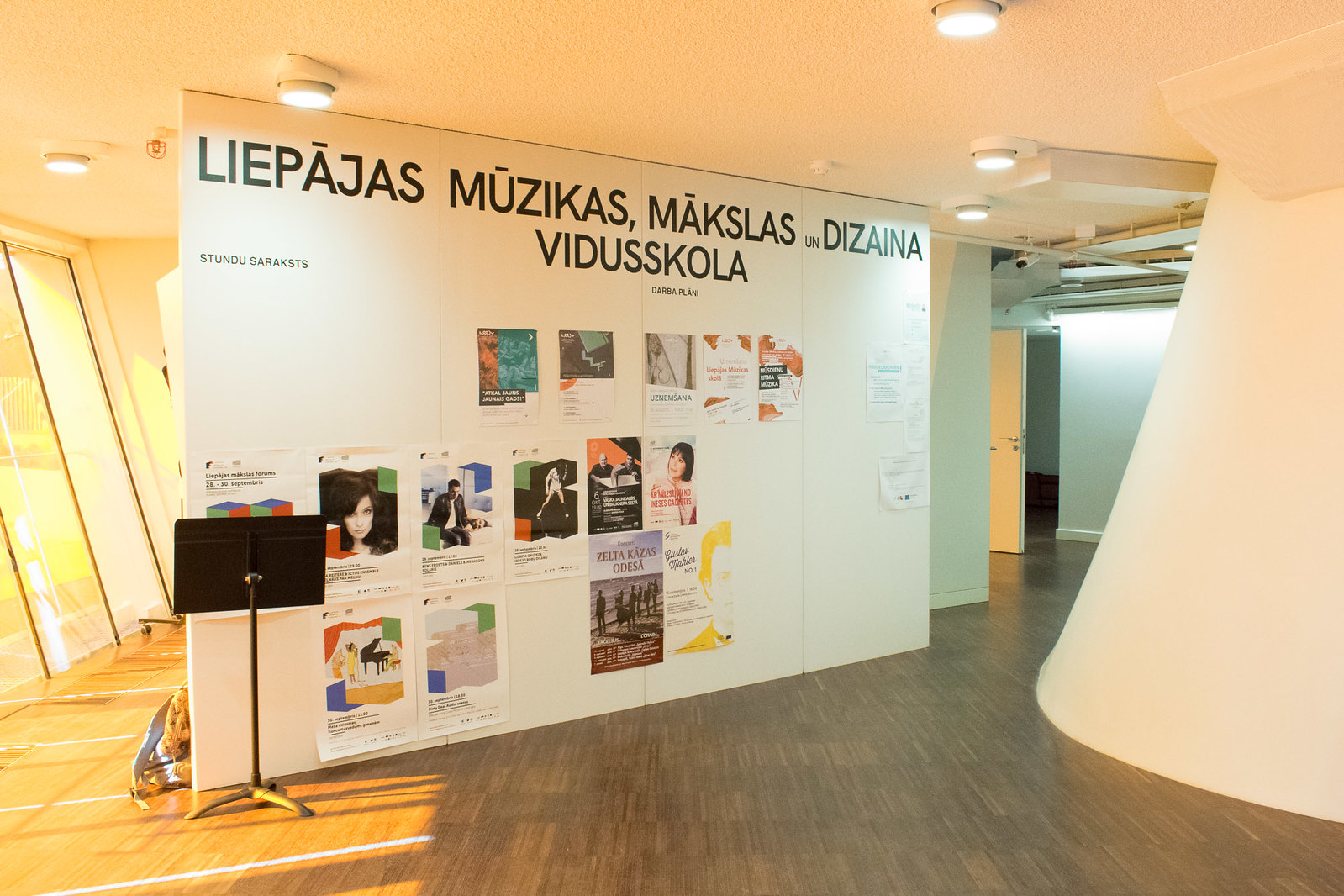 So, in brief about the workshops. The event is organized by Liepāja music school for local students, thus it’s not advertised in the national media. Although that doesn’t mean that students from other schools can’t attend – they can, if they find the information somehow. I asked the organizers why it is so local, they replied that Latvia has enough workshops for everyone, and they really wanted to improve the quality of the local school’s bigband (most of the students are also a part of that), that was also the main criteria of how they chose the teachers.

Teachers were chosen according to the groups that form the big band – rhythm section, brass, woodwinds and vocals. Most of the teachers were from abroad, I was the only one local. Wee, the trumpet guru is from Lithuania and almost lives in Riga, but that doesn’t count. So, my awesome colleagues were – Eran Har Even from Israel/Netherlands on guitar working with the rhythm section, responsible for educating woodwinds was Jonathan Lindhorst from Canada/Germany and brass master was Dominykas Vyšniauskas. Me? I was assigned to vocalists, naturally. The plan was to have two sessions in the morning dedicated to the specialties, then, after lunch break, was a lecture from one of the teachers for all the students and after that big band rehearsal. Than was the plan for four days and the fifth was meant for the concert. 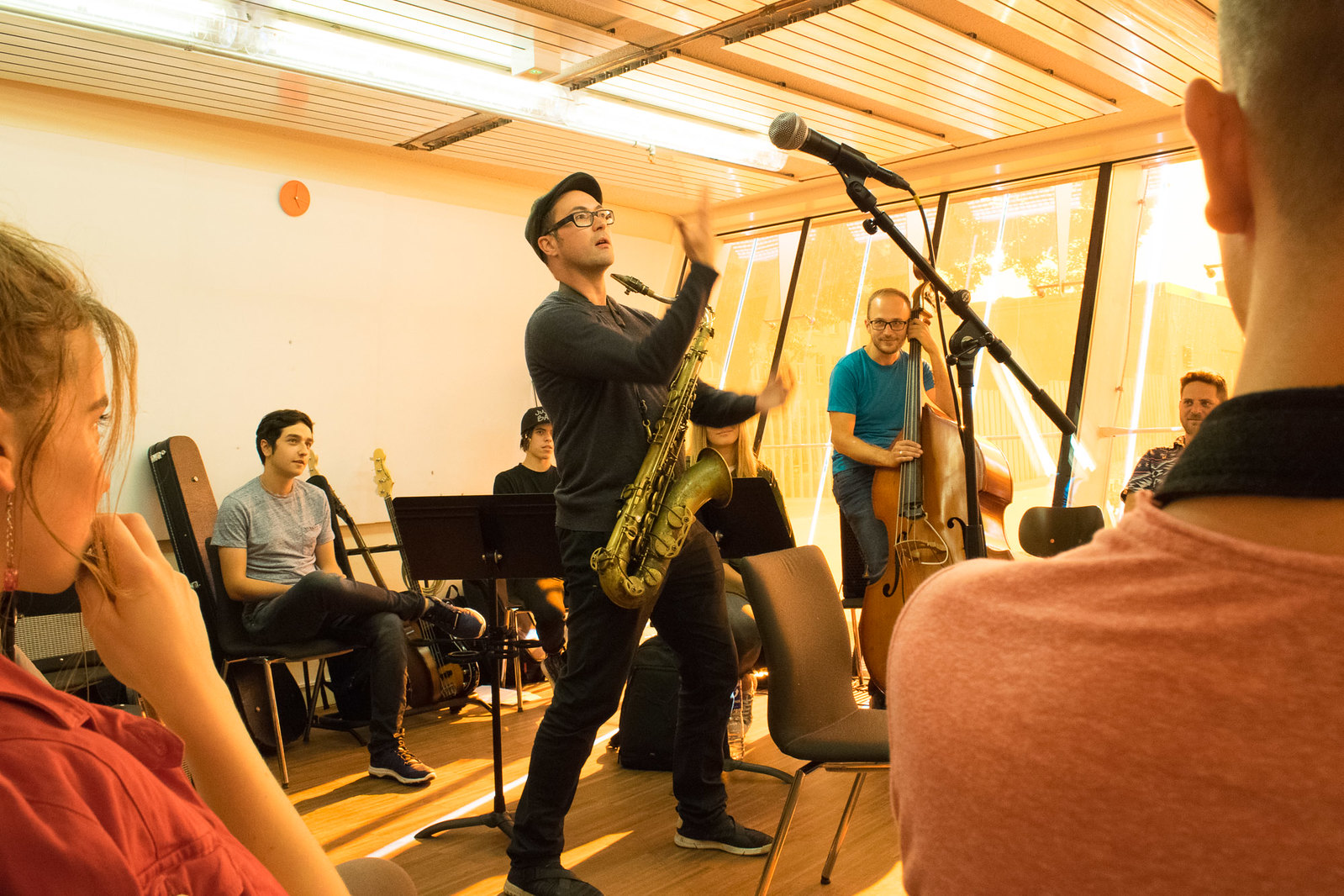 If my impressions of the students were unclear, I’ll say that again – I was amazed! My first meeting with the vocalists was beyond inspiring – everyone, no matter the level, was full of energy and willing to learn something new. We did a lot of different things, improvised, trained our rhythm and also worked on a couple of tunes for the concert on the last day. The most surprising part for me was that in spite of the fact that not all of the singers were able to participate in said concert, they still stayed and learned the tunes. It was quite sad that we had to perform without them, but it was a good kind of “sad”. Another thing that made me smile was that everyone readily agreed to make one extra lesson on the day of the concert, because they really wanted to do a good job. So they sacrificed a couple of hours of sleep in the morning to do just that – study more. 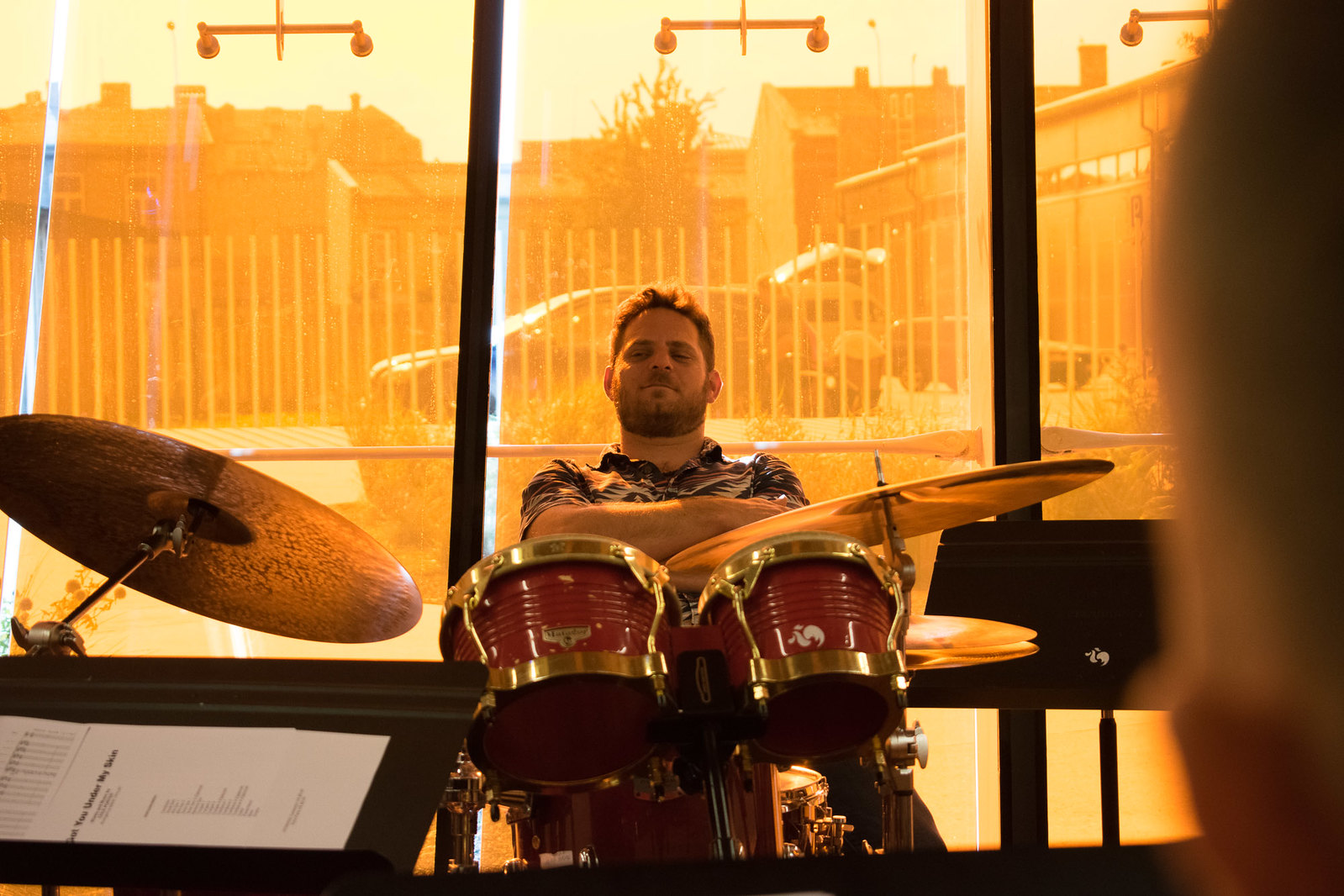 We also had a jam session night at a nice place in the center of the town called Hot Potato. It’s a restaurant that supports jazz music in Liepaja and organises jazz nights 2 or 3 times per month. That is a very good thing, because historically Liepāja is a Rock music city, if you read an article about Liepāja on, for example, Wikipedia, you’ll find out a lot of interesting things. It warms my heart to see that Jazz music in Latvia is spreading so widely, that children want to learn it, that schools are willing to teach it and that the government is willing to support it. 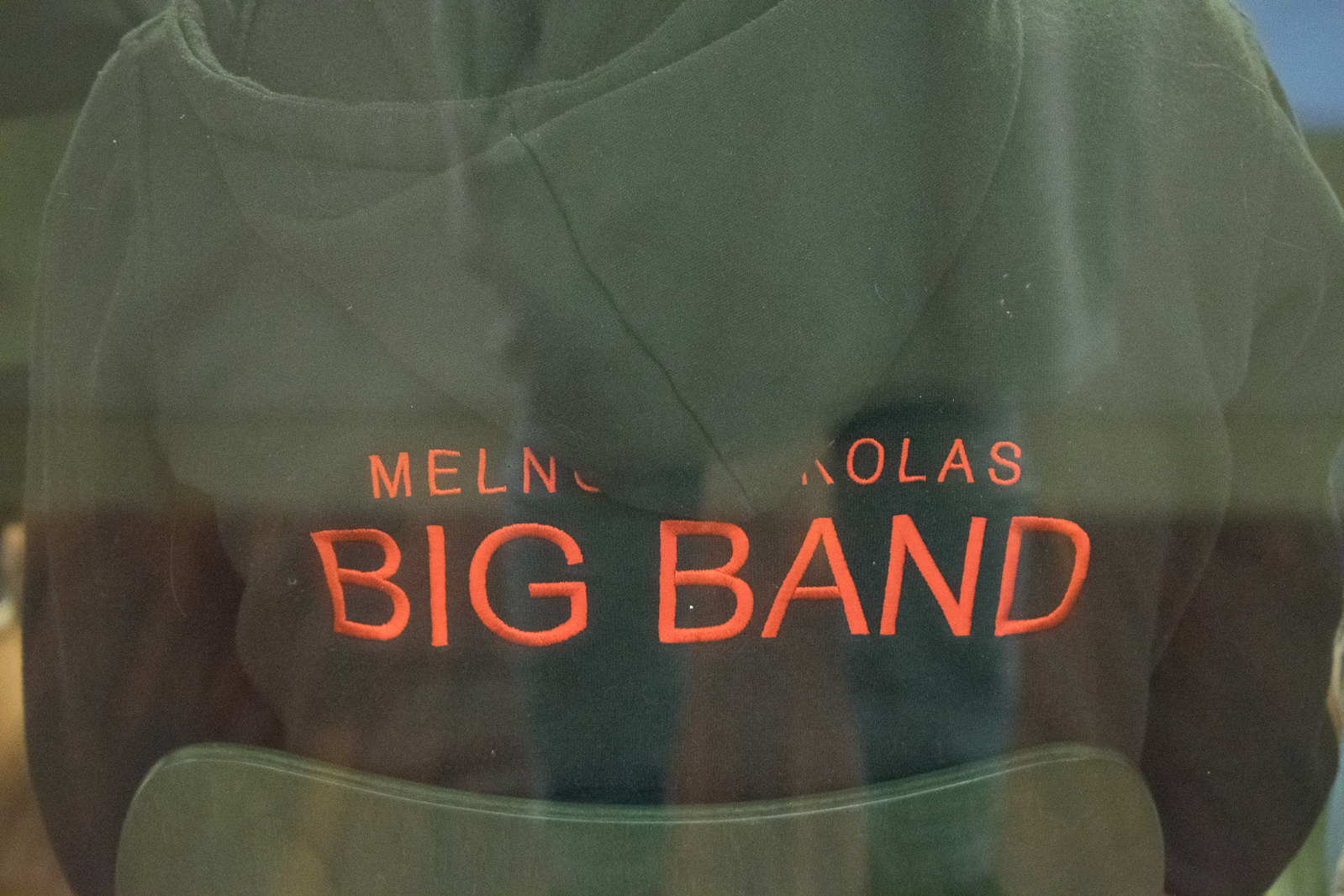 Getting back to the topic of student motivation, well, that was a very interesting talk. We had a nice cup of coffee after everything ended and spent an hour doing an interview for the JAZZin magazine (Latvian version of the interview is already published HERE, but the English one will be available pretty soon!), and this talk clarified a lot of things for me. I remember my childhood, I remember how my parents just told me to go and learn to play the piano and to sing in the choir. All the benefits of the second were clear as day – if you participate there, you can skip the homeroom. But the piano though… It wasn’t all bad, truly, but the problem was that I didn’t see what was the point in these constant lessons. I knew I will never become a professional pianist, apart of a couple concerts in the same school, I was not interested in making  career out of that. So, my end goal was nonexistent, thus the motivation to work was close to absent. 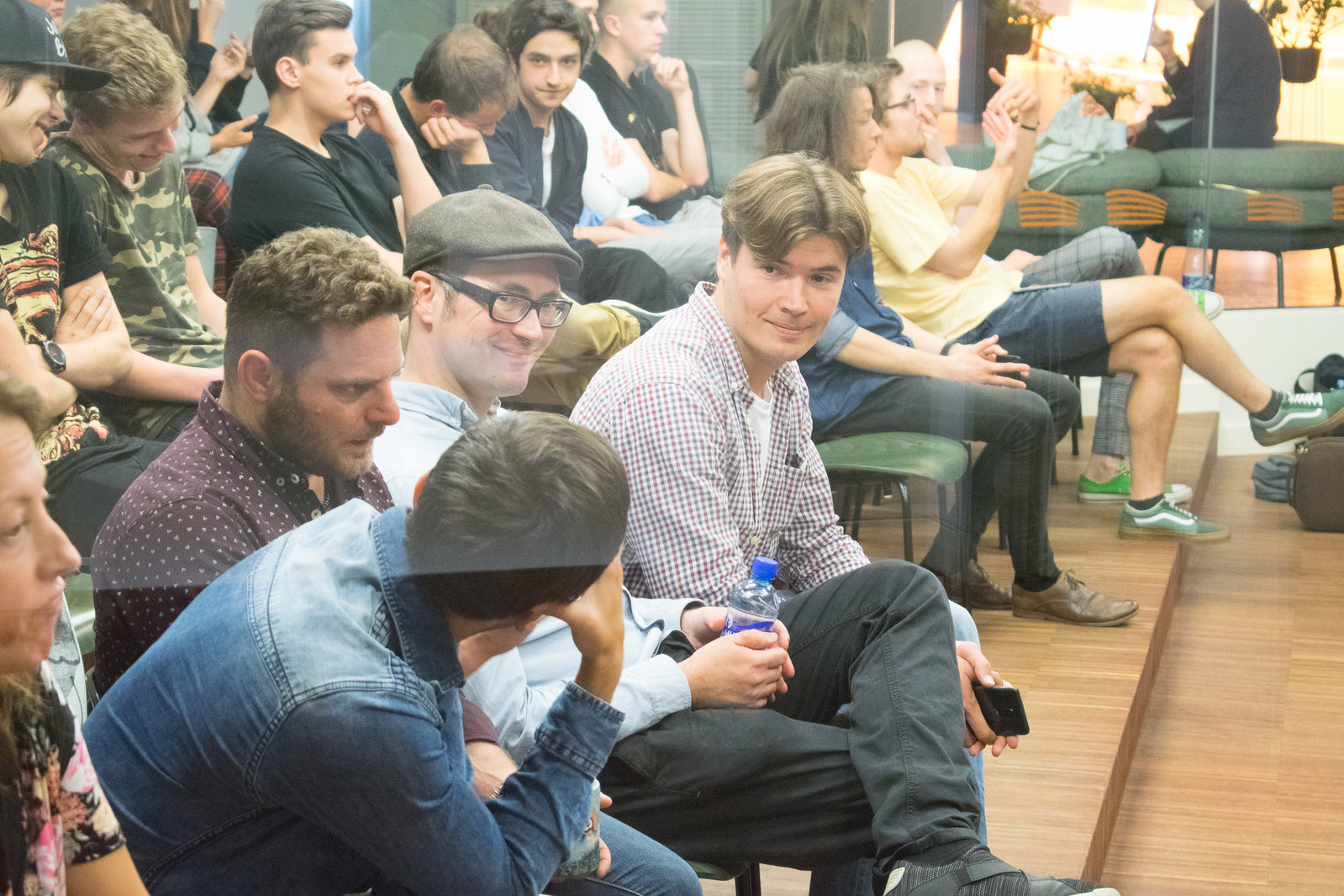 Here everything is opposite – a student has everything laid out for him in a very clear plan: you enter the school and start learning, as soon as you’re able to play at least something, you are accepted into junior band. While in the junior band, you see how the big band works and what sort of benefits they get, the main ones are concerts with famous musicians in an awesome concert hall, trips to other countries for concerts and competitions. And as small bonuses go – you get a hoodie with the bigband logo on it! Isn’t it cool? Maybe none of those students will be joining the professional league, but at least when they grow up they will have something amazing to remember from the time spent in the music school. And believe me, not every musician can brag about being filmed for a video of the most popular Latvian band (I’m talking about Brainstorm, they have filmed a video for one of the songs in Liepāja and it involved the bigband). My point is – you have to set the goals, and these goals should be clear, not vague. “If you play the piano, your motor skills will be more developed and you’ll have a better functioning brain” sounds nice, but you can’t touch it or brag about it. It’s an important achievement, but the one you can dismiss as something, that will not be useful to you in your future (I’m not trying to diminish the importance of motor skills or the brain, it’s just a way to explain my thought). So that’s what the teachers do in the school – they set clear goals, the student knows what to expect and wants it, thus – works for it! 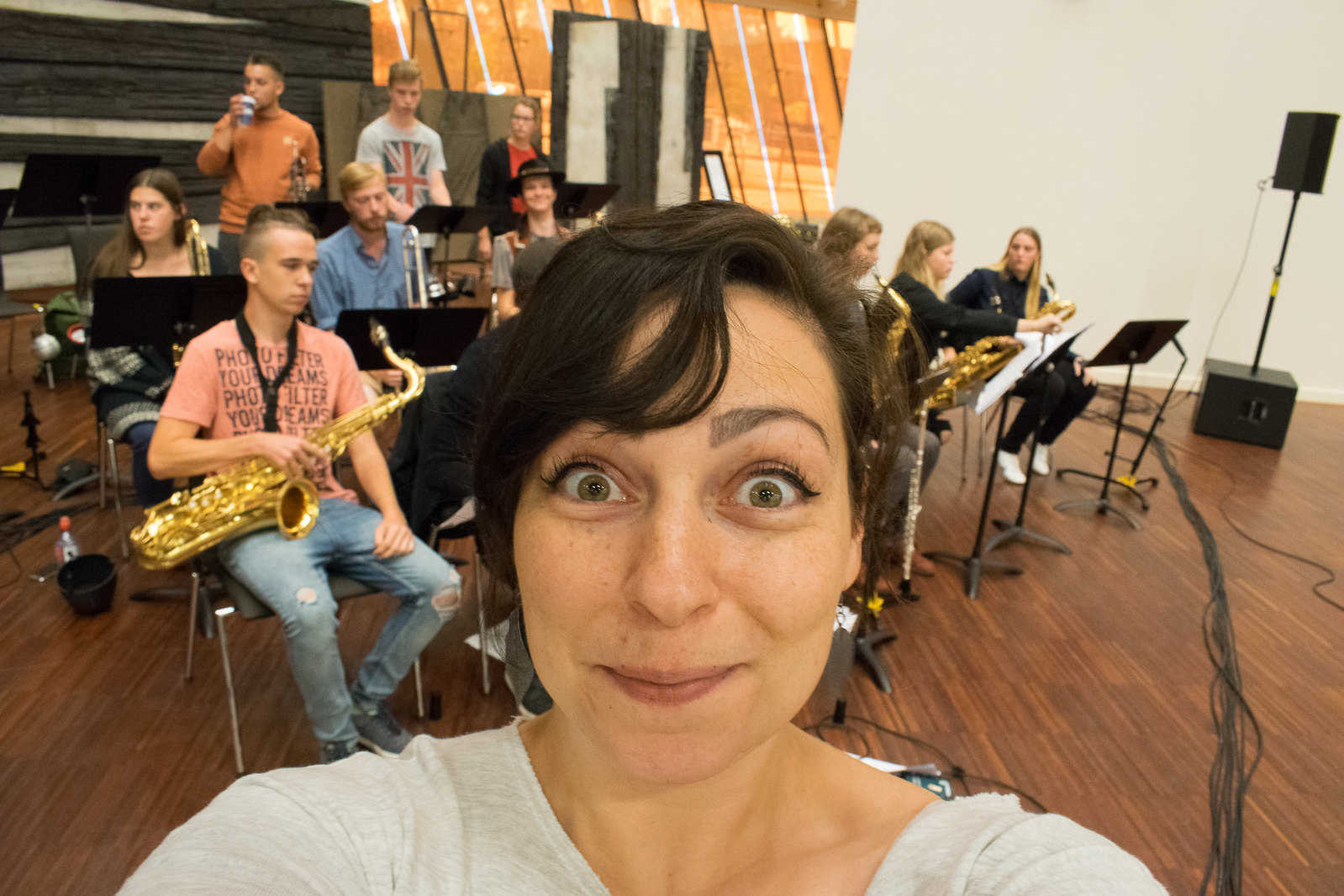 There were a couple of students that surprised me with their stories. For example, one girl played the flute, but after a year she decided that she’s really more into the trumpet, so she switched departments and now plays both. She’s 14 years old, plays the trumpet for less than a year but is already a part of the bigband and is able to perform some decent parts! Isn’t it cool? Another example is the big band bass player, who is actually a classical oboist… He graduated from Latvian Academy of music and got accepted into Liepāja Symphonic orchestra, which is in the same building as the school. After a while he got accepted into the school’s jazz department and graduated specializing in bass guitar and double bass, now he does both.

These stories are the most inspiring part of the job, when you know that the effort is worth it, when the students do their thing and are good at it, when the listeners come to the concerts and enjoy the music, supporting the students and motivating them to work harder. I think that we nailed it! The week well spent! 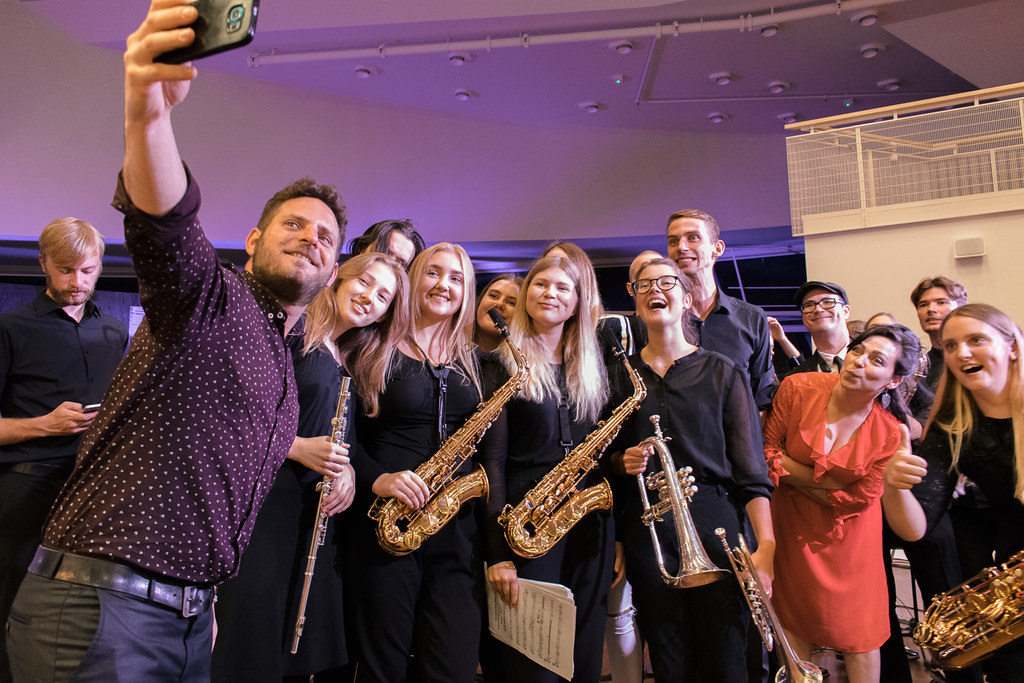 Oh! And if you want to see more pictures, be sure to check out my Facebook page!